According to the report provided by Transparency Market Research Group, the market of medications for the quick and effective treatment of genital herpes is growing. This perspective market will be thrice bigger than in 2025. Canadian pharmacies can find a new profitable niche and those people who need quickly solve this very private medical issue.

What is genital herpes and why is it dangerous? 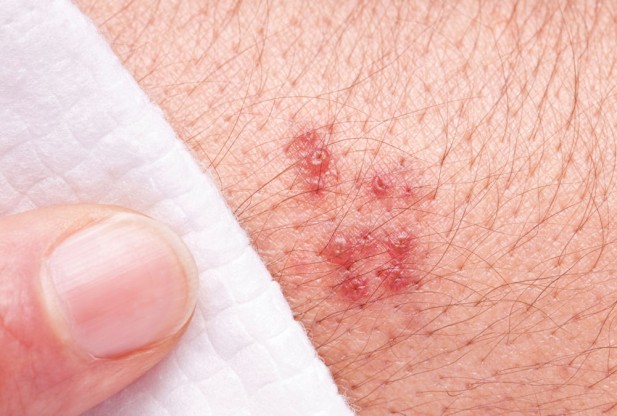 Genital herpes is a STI caused by herpes simplex virus (HSV-1 and HSV-2). Blisters on or around genitals, vaginal discharge, pelvic pain, and penile discharge are some common symptoms of genital herpes. In most cases, HSV-2  is the main reason of genital herpes in men and women in Canada (80%), less often – HSV-1 is the major cause (20%) that is also revealed as a blister on the lips. Infection with herpes occurs during sexual contact through the mouth, vagina or rectum. You can also get infected from dirty toilet seats, in the bath or pool, from towels and common dishes.

The easiest way to be infected from a person with visible manifestations of herpes. But it is also possible from a person who has no visible symptoms of herpes. There are primary herpes and relapses. In case of primary herpes, a person develops pain and swelling at the site of injury, as well as a burning sensation. The body temperature rises and malaise appears. Then bubbles appear on the genitals with a clear liquid. When they burst, sores appear in their place, which heal in 2 weeks. Urination may become painful. Recurrences of genital herpes have a milder course than during primary herpes infection.

Symptomatic genital herpes in the world affects 86 million people. The total number of persons infected with the virus cannot be determined, but it is assumed that, for example, in the US, every fourth to sixth inhabitant is infected with a virus. Unfortunately, it is impossible to completely cure genital herpes nowadays. During the treatment of recurrent cases of genital herpes, the wounds heal faster, the discharge of the pathogen decreases, and the risk of recurrence is reduced to minimum. However, the treatment does not completely destroy the virus that may be in a body for many years.

The therapy involves the genital herpes prescribed with antiviral drugs – Famciclovir, Valacyclovir and Acyclovir. The first two drugs are more effective and short-acting but more expensive. Topically applied antiviral drugs for the treatment of genital herpes is ineffective. If you use antiviral drugs in the initial stages of the disease, when there are no rashes, they may not appear. If the rash has already appeared, these drugs will help it disappear faster. If recurrences of genital herpes occur frequently, then prophylactic treatment can be carried out. Antiviral therapy can also be supplemented by physiotherapy, immunotherapy, and fortifying drugs:

The main agents for the treatment of genital herpes are antiviral drugs from the group of nucleoside analogs. The most widely used drug continues to be Acyclovir, which appeared on the global pharmaceutical market about 20 years ago. Being an analog of nucleosides, the drug undergoes phosphorylation under the influence of viral thymidine kinase, and then with the help of host cell enzymes is converted into di- and triphosphate.

The effectiveness of Acyclovir for the treatment of genital herpes has been proved by numerous clinical studies. When administered, the drug is well-tolerated by patients and has an excellent benefit/risk ratio. Side effects develop in less than 10% of patients and are usually limited to nausea, vomiting, and headache.

The main disadvantages of acyclovir include low bioavailability (15–20%) and a short half-life from tissues and blood plasma. To maintain therapeutic concentrations in the body, the drug must be taken up to 5 times a day, which negatively affects the accuracy of the patient’s treatment regimen and can lead to a decrease in the effectiveness of therapy.

The safety profile of Valaciclovir is not significantly different from the safety profile of acyclovir. Better absorbability results in a lower incidence of gastrointestinal adverse reactions. Thrombotic microangiopathy has been described in patients with AIDS and other disorders of immunity with the use of Valaciclovir in high doses (8 g/day), but the causal link between the drug and this complication has not been finally confirmed. Thrombotic microangiopathy was not observed in patients who received high doses of Valaciclovir after surgery for kidney transplantation. In addition, for the treatment of genital herpes, the drug is used in much lower doses.

Compared too acyclovir, Penciclovir has a significantly longer half-life of tissues (10–20 hours). Intracellular concentrations of Penciclovir triphosphate are about 30 times higher than Acyclovir. However, the DNA polymerase of herpes simplex virus has a greater affinity for acyclovir triphosphate than Penciclovir. Thus, the differences in the mechanism of action between Penciclovir and acyclovir are mainly quantitative and tend to balance each other.

All these medications are quite effective when it comes to suppressing of genital herpes in adolescents and adults. Most of them are available after a prescription in My Canadian Pharmacy at www.patientcarepharmacy.com.